So I after looking at my travel options to get to the Dolomites I was recommended to head over to Rome as another way to get to Venice besides going through Croatia and Slovania. This ended up being one of the cheapest options plus I got to see Rome (Rome was on my “if I have time list”). Rome reminded me of Florence meets SF. A lot to see in terms of museums and such. My hostel gave me a map and drew out directions to see all the sites in the 3 days I was there, very helpful! They also gave me a free bottle wine and let me use a towel at no charge. Pretty cool! Vatican city was a must see destination, I had no idea it was considered its own country at only 110 acres. Did you know it has the highest crime rate/capita? Well it's a little deceiving bc A. there’s a very small population there and B. most the crimes were petty thieves pickpockets stealing from tourists. Next stop was a long train ride to Venice, then to rent a car, then to drive to the Dolomites to spend a few days exploring the mountains.

The bad- must buy train/metro tickets from station or tobacco shops that close at an undisclosed time. So on a couple occasions I was stuck taking a taxi/uber. Large city can be very long walks if you don’t figure out the metro/bus and/or buy a ticket in time.

Download TheFork app- it lets you book reservations to many restaurants at usually between 30-50% off.

OK, so the Dolomites are a mountain range in Northern Italy and are definitely not to be missed. I will go over just a few spots that I highly recommend if you will be in the area. I rented a car from Venice (only 16 Euro for 4 days...total!)(recommended due to the distance between locations) and it was just a couple hour drive to get to my hostel. I did spend almost $150 in gas during these 4 days (mix between high gas prices and a lot of driving). Inafarawayland.com has a great list of epic spots that I used to help get an idea of what was out there. The list was too big to tackle but it did show me a few places that weren't on my list that ended up being spectacular. Plus they have this google map layer that shows you where each spot is so you can get directions to each! 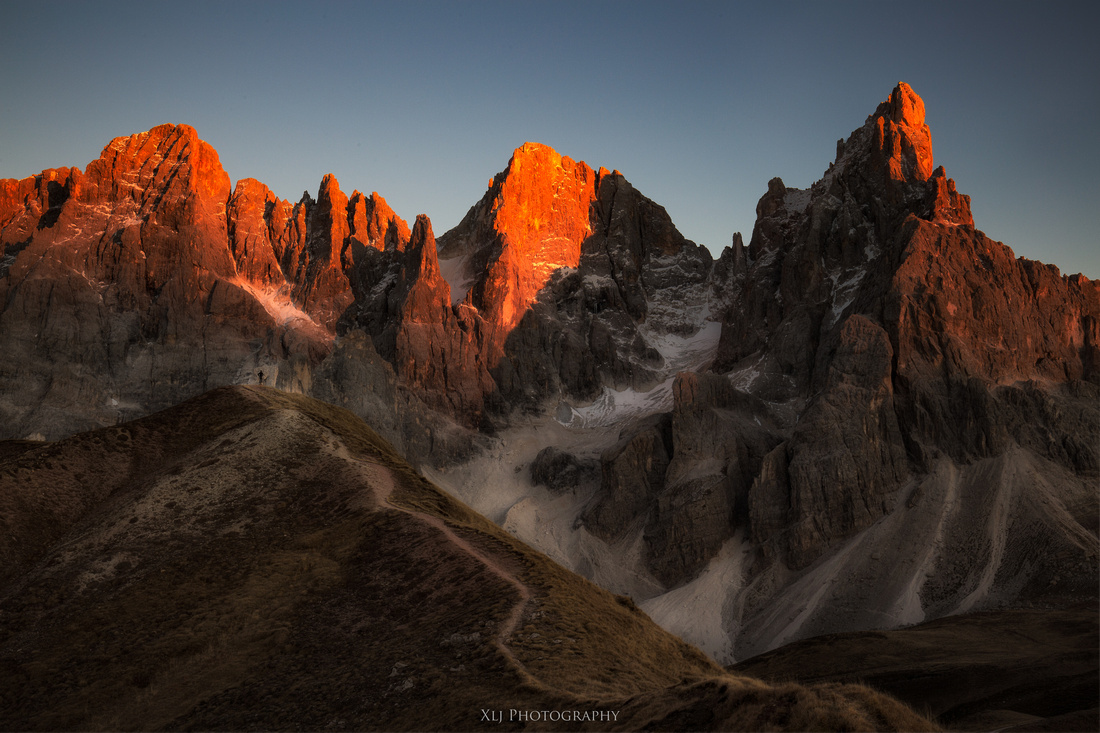 First on the list is Baita Segantini- this place was maybe top 1 or 2 of the places I visited here. There is a dirt road that takes you almost right to where you want to be. I of course hiked up to a little peak to get some cool drone footage. The peaks here are just insanely beautiful, the contrast between the granite sand, gray peaks, and the shadows was something you could stare at for hours. Oh and as the sun sets and casts its red glow on them, mmmmm. I ended up jetting over to Lago di Carezza but came back to shoot the milky way. Very clear skies but unfortunately Milky Way season is ending so the core (brightest part) is barely visible over the horizon and it's right after sunset so the skies aren't that dark yet. I think I managed to get a decent pic you'll see soon enough.

Turquoise lake with a mountain backdrop, not bad (gosh I'm getting spoiled) but very crowded and you can only experience it from a viewpoint. I think at sunrise would be a better time to see it. 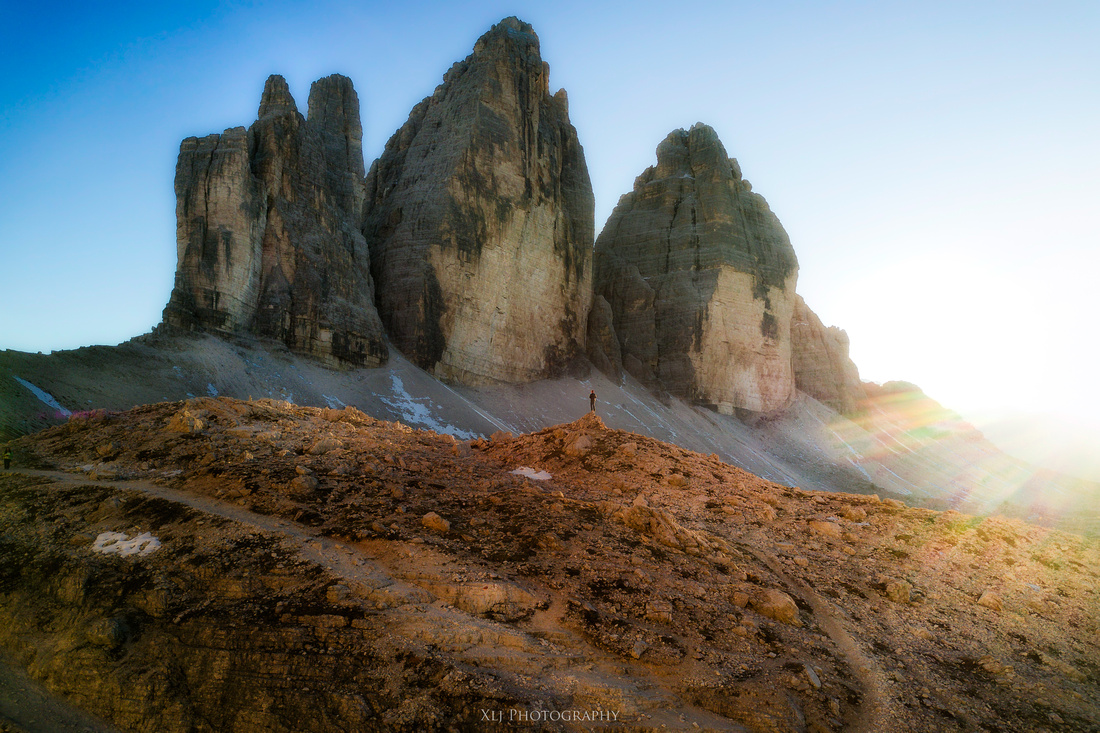 Both Lago di Misurina and Lago di Antorno are pretty much along the way to Tre Time de Lavaredo and each lake has its own beautiful mountain backdrop. I would recommend to check them both out, only a few minutes off the course to Tre Cime. Very pretty scenes and each different. Another hour away you reach the Tre Cime park. Its a hefty 25 Euro per car fee but the views are worth it. Drive all the way to the top to see some of the most jagged and surreal landscapes. I recommend staying until sunset as the shadows and orange sky make it a truly magical sight. Now when I got there I was a bit confused bc I was expecting to see the traditional view of the 3 distinct boulders that was Tre di Lavaredo. This was not the sight I was hoping for. The road ends on the other side of the peaks, while pretty, it wasn't the view I had hoped for. After asking a few people and checking the internet I deducted the view I was looking for was between 45 min and 2 hours hike away (got conflicting information). I didn't come this far not to see this. So I emptied my bag of all non essentials (learned my lesson) and began the trek. It turned out to be about 1 hour (to my relief) to the other side where it was at an elevation of over 8k ft with visible snow on the ground. I was a little bummed bc I was hoping to stay for Milky Way, but being it was so cold and with an hour hike back I decided against it. This is is also probably best seen from sunrise. I stayed for sunset and began the walk back. The views on the original side were quite amazing, lush green moss covered fallen granite stone littered the ground. This would be a spot I'd like to camp at so you'll have some of the best sunrise views. 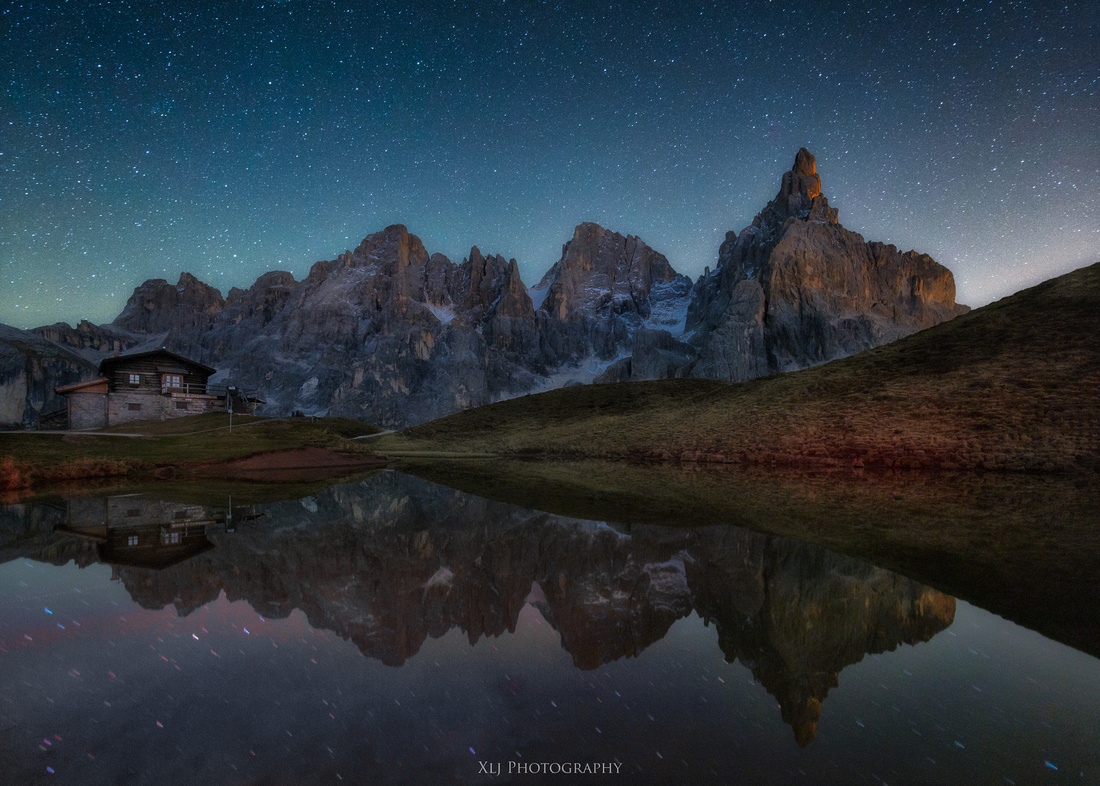 This was one of the spots originally on my list and one I was very excited to see. My flight wasn't until around 10:30pm out of Venice so I had a good 1/2 day to spend there. There is a cable car you take to reach the summit where you'll be rewarded with some of the most beautiful views of this epic ridgeline. So I woke up early and made the 2.5 hour drive only to find that they closed down for the season October 8 (it was October 17), I had just missed it. Crap, I was so bummed. Luckily there wasn't a shortage of sweet views to keep me and my drone occupied. I went in search of a local winery as the landscapes were scattered with vineyards. I stopped by 3 different ones before I got the point (you needed a reservation to get a tasting/tour 2-3 days out) Geez. So I settled for a local restaurant and drank their wine and ate.

Well I'm just waiting at the airport for my flight to Barcelona, Spain where I'll spend 4-5 days before heading up north to Salamanca to see some relatives. Until next time!

Side notes: All the roads that wind through these mountains are great for motorcycle riding as it seems to be the thing to do in the non winter months.

The drivers have been trained to use the left lane as a passing lane only, and they all obey it. It is very nice.

Oh yeah trains are more like flights than buses, the price goes up closer to departure date, don't wait to buy at station.

Check out my Europe photos here!