So buying the motorbike kind of backfired on me in the sense I bought it to be able to go wherever I wanted but as it turns out it prevented me from doing just that. In thailand when you buy a motorbike you must register it, and that takes about 3 weeks to process. You also can not cross boarders without registration, so my Vietnam/Cambodia plans went out the window. Well I wanted to go with the universe right, well I guess its telling me to stay in Thailand. There's plenty of cool temples and sites to see in central and south thailand that I can see with the bike. I rode for over 3000 km from Chiang Mai to Bangkok and back visiting a variety of temples. I will go over a few spots that you may not have heard of that I think are worth a visit.

Sukhothai was the first Thai capital back in the 13th century and is designed a UNESCO World Heritage Site due to its numerous sites of historical significance. It is an uncommon site due to its location located a 7hr train ride south of Chiang Mai and a 7hr train ride north of Bangkok; Right in central Thailand. This permitted small crowds in the park but the sites were amazing none the less. Downsides are less english speaking people, but if you've made it to central Thailand you probably can figure out how to survive by now. 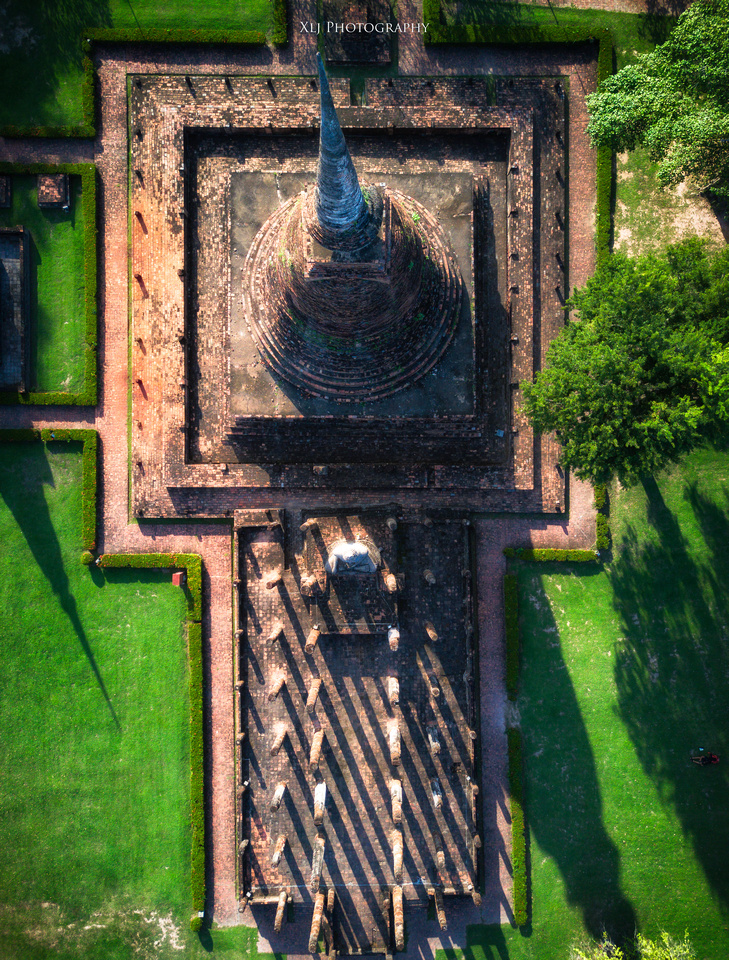 Otherwise known as the elephant temple, this temple is very interesting. It sits on what looks to be a man made lake and is covered with paintings and decorations inside and out. I was hoping to see it lit up at night but I guess it only happens for special occasions. 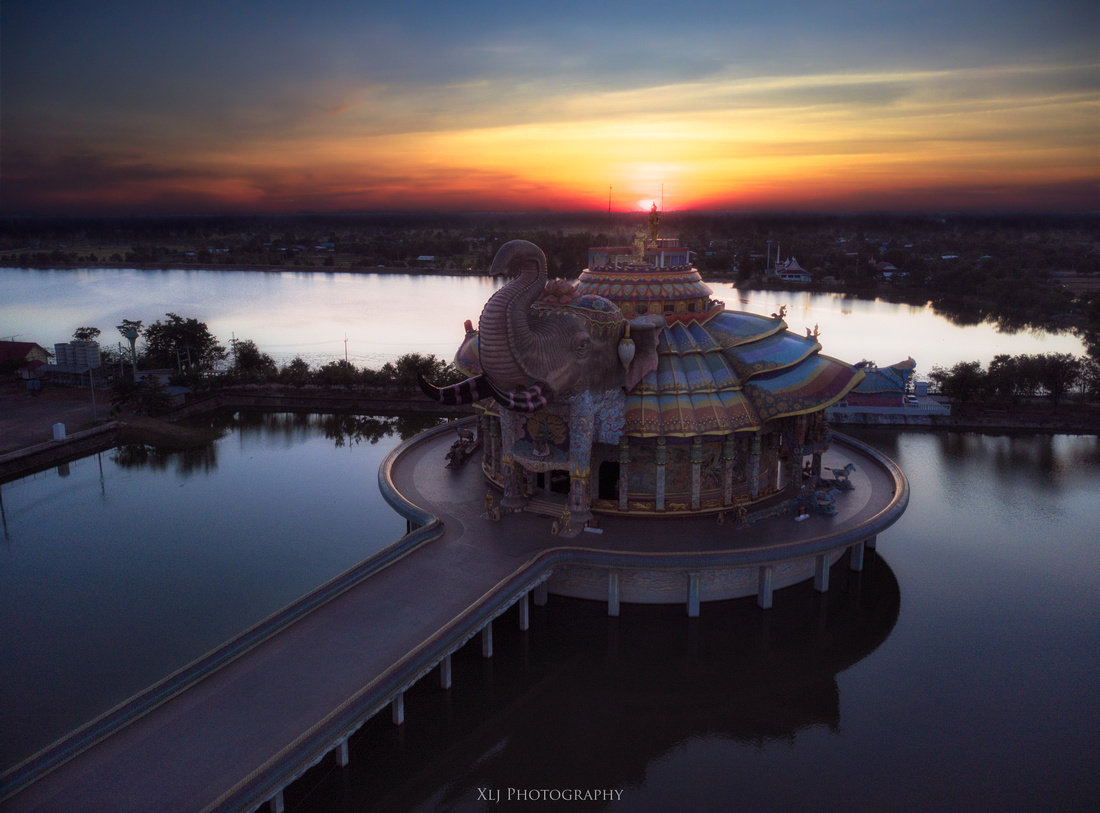 This is also known as the temple of 1 million buddhas. It is not a tourist destination as they say but rather a temple to give merits. They offer a free tour which includes free meditation lesson from a real monk, you can feed the monks (they aren't not allowed to make their own food any rely on the sustenance of the faithful to survive), participate in chanting around the clock (they had a goal of 1 million chants this year and have already surpassed 2 million!), and pay your respects to the temple. They believe in world peace through inner peace. A very local and enriching experience! 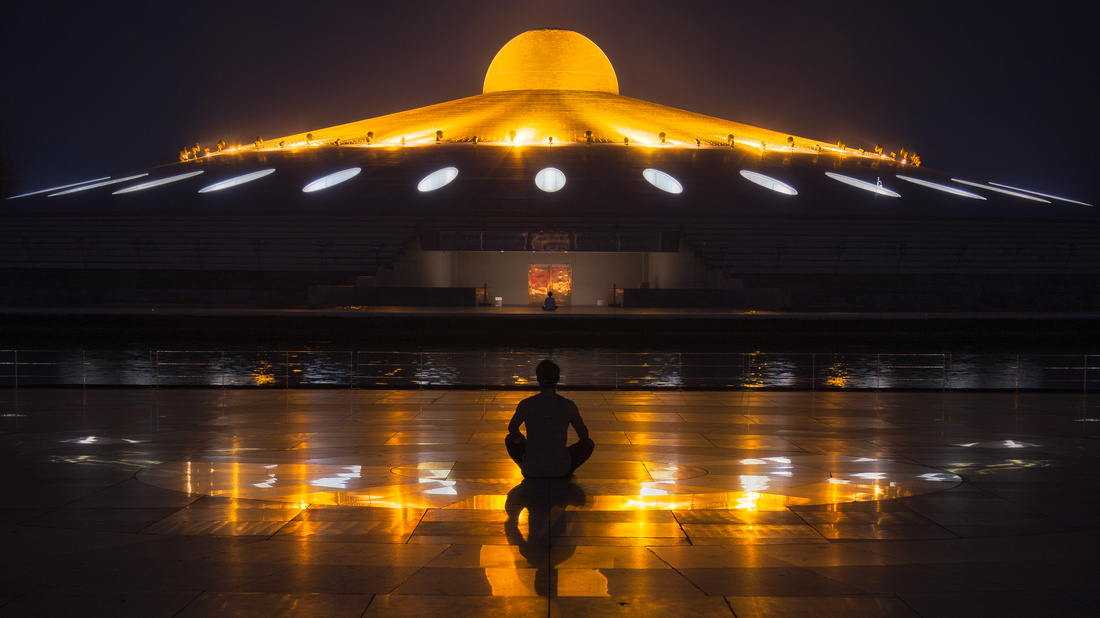 This is one of the more popular tourist destinations due to its location just north of Bangkok. This is also recognized as an UNESCO World Heritage Site and home to the second capital of Thailand after Sukhothai. It is a little more crowded than Sukhothai but just as remarkable. Here you will find temple remains and amazing Buddha statues. 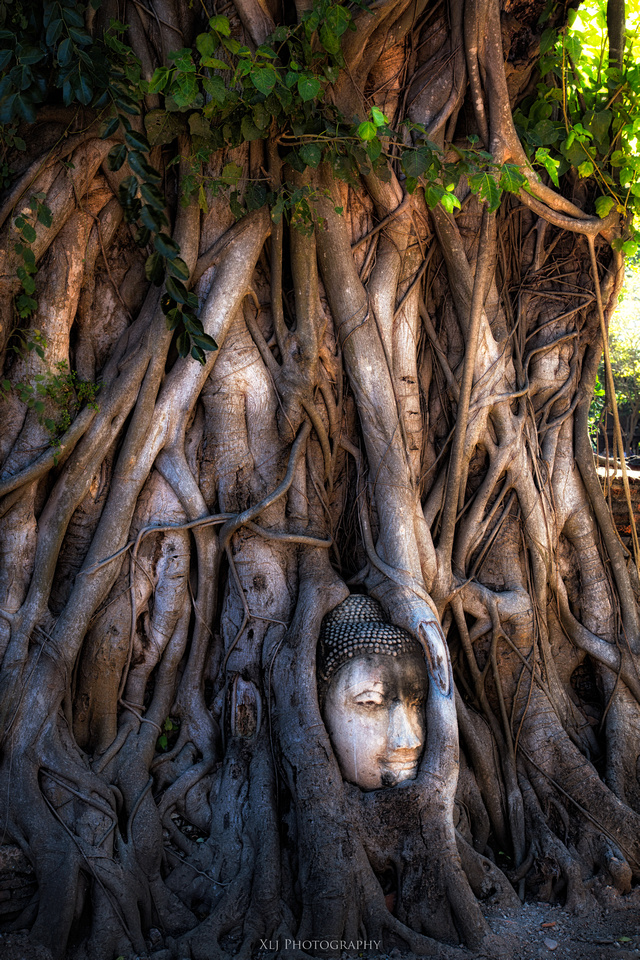 Otherwise know as the monkey temple due to the monkeys located in and around this area. They are literally everywhere and you must be careful with these guys. They are very curious and will take anything that isn't attached to you. I found it quite amusing watching them climb all over the tourist that weren't aware how to deal with them. I had done some research and if they climb you, turn around repeatedly until they fall off. This worked for me, obviously after I got a few pics with them. I heard of a couple bad stories of getting bit by them so I didn't let them stay on me for too long. Not much to see here but a temple and the monkeys, but for me it was worth it. 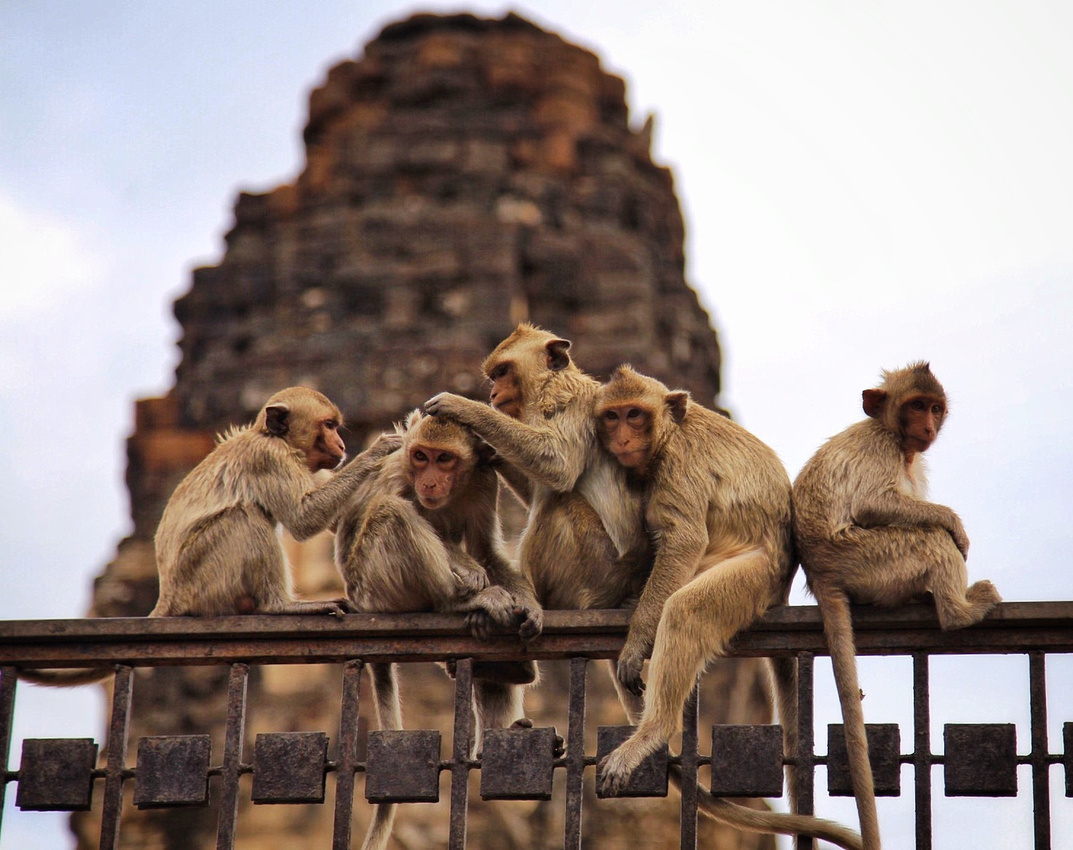 After my Thailand journey I was all set to go to Tokyo to spend the last leg of my journey and with everything ready including my plane ticket being booked the universe told me otherwise yet again. I met someone in Chiang Mai and decided to travel down to the islands with her. I didn't really have plans other than the flight I booked and it just felt like I truly needed to go with the flow. So 1 night bus, 1 flight, and 1 ferry later we're in Koh Phangan (a small island in southern Thailand). We also went to Koh Tao and Koh Samui over a weeks time. It became very clear that we were meant to cross paths for one reason or another and we had a great time exploring these islands together. Our journey was pretty epic and included infamous half-moon parties, beer pong champions, almost missing flights, days of intense sickness, and days of pure bliss. I'd glad I changed my plans for this excursion and if you have the chance to go with the flow on your journey I highly recommend it. 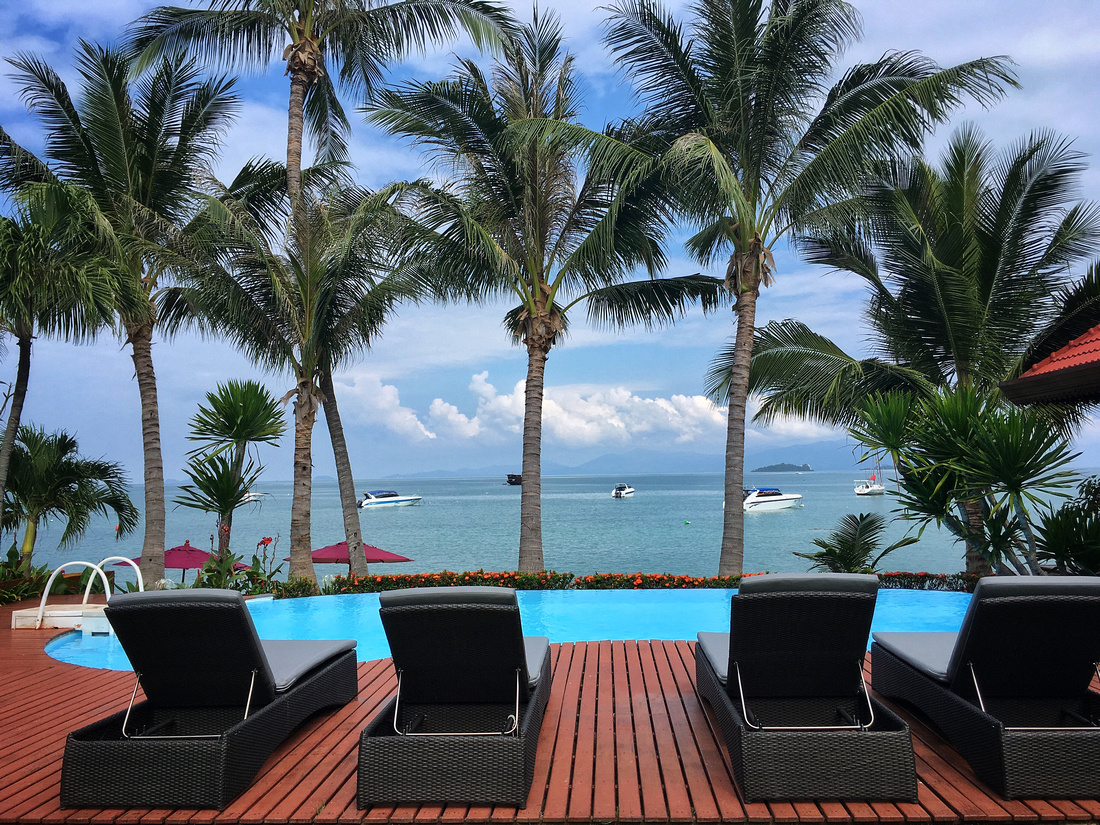 To recap of the small time I spent in the islands-

Very backpacker centralized, not a lot of culture, not as cheap as the mainland, lots of parties catered to travelers, lots of diving sites. Of the islands we visited I enjoyed Koh Samui the best as it seemed the most clean and the least supported by backpackers.

The bad- backpacker party central, can’t trust the food or water/ice, little culture, dangerous driving (due to all the careless backpackers), party destination, beaches and streets littered with trash

Realizations- Something I realized recently after talking with some fellow travelers is that the journey is really made not by the destinations but by the people you meet along the way. The destinations are pretty and I will remember them but the people are what makes each place special. Looking back I can remember each person along the way that made my journey special and I really can’t believe that I am just now realizing this. From the beginning of my journey until now I can see how I’ve changed my traveling style.  At the beginning I was more a lone solider on a mission to see the world.  Towards the end I am more open to allowing the universe to guide me where I need to be.  Being okay with changing plans or planes to what feels right in the moment.

Looking back at my first couple blog posts I wanted to give back or make an impression along my way and didn't know how or what I could do. I thought I had failed because I didn’t come up with anything but then thinking of all the special people and the conversations I had along my journey it hit me. I had already been giving something back along my journey, and it wasn’t necessarily photography based as I was originally thinking it would be. It hit me during a recent conversation where I was talking about my spiritual journey and my beliefs on energy and the power of your mind. They told me that even if we never meet again it would still have been great because my positive outlook and beliefs have already changed the way they looked at the world. She went on on how differently she had been living her life where her energy was being focused on vs only focusing your energy on the things you want not the fears you have. It really touched me to see the impact I made and how clearly she saw how easy life could be with a slight change in perception. Then I kept thinking, while I can’t say I had this conversation with everyone (as I feel everyone may not be on the same page or open to accept it) the people who I did mostly had similar reactions. So I am left feeling more fulfilled in that I was able to leave an impact in my own way and help others along the way.