"Land of the Eagles" 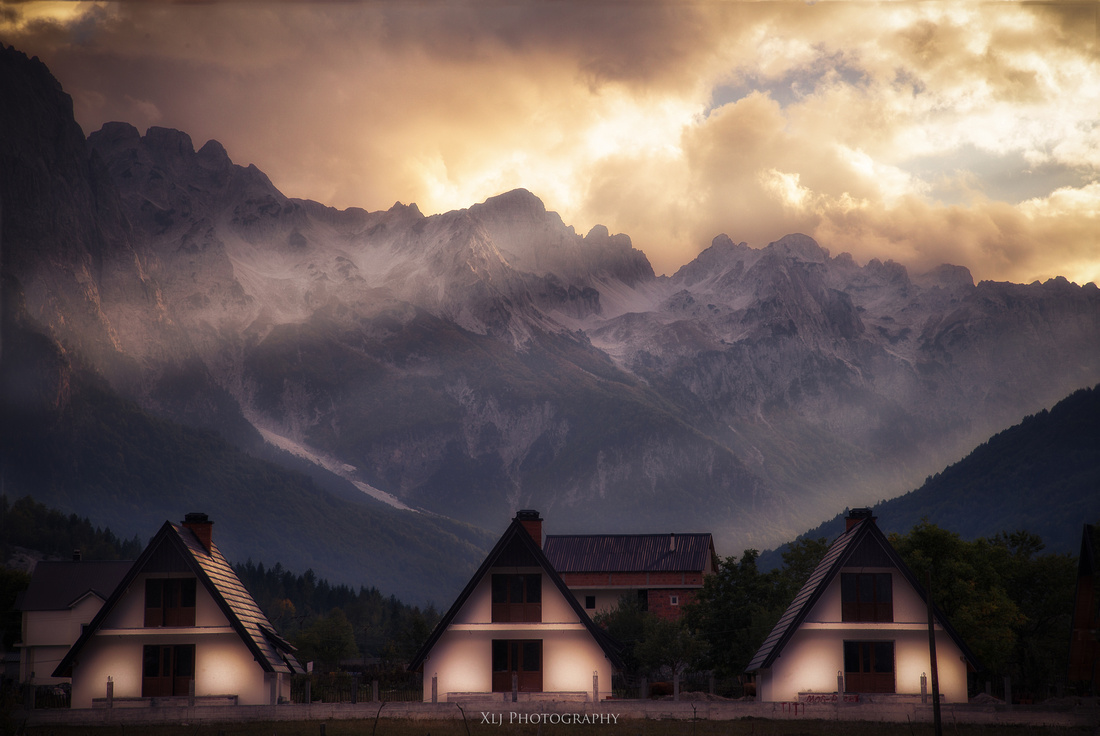 While I definitely wanted to visit some of the more popular sites in the world I also wanted to discover the not so popular sites. Not many people (myself included) have heard about Albania nor its sites. My main purpose for visiting Albania was to see the Albania Alps. I flew into Tirana to start my journey. From there the plan was to head north to Theth National Park and explore the sites. I had no idea how I would get there and as the journey progressed I learned that it was not going to be any easy feat. Coming from Italy and Greece I was accustomed to decent public transportation, Albania was a different world. From the airport in Tirana I was greeted by learning the bus had stopped running and I would need a taxi. I was also learned there were no english signs and few english speaking people. I was approached by a “taxi” driver that offered to give me a ride to Tirana for 15 Euro (30min drive), luckily I had done some research and had read of them charging upwards of 50 euro so I figured I got a deal and accepted the ride. I quickly realized that this was just some guy driving and not an official taxi, something that I would soon become very familiar with. I became a little nervous being a foreigner in a random guys car driving to what I hoped to be Tirana center city and not somewhere else to get robbed. Luckily my phone had service and I was able to verify on the map that we were indeed going the right direction. After a few phone calls the driver made I began to think, who is he calling? Is this a set up? Luckily I remembered that google translate has a voice translator built in, so I turned it on and it transcribed what the driver was saying in english, to my relief it was just his father. Once in Tirana I stayed at Trip’n’hostel which was recommended by a friend in Greece. They had home brew beer on tap, super friendly people, and the aroma of spliffs (weed/tobacco mix) filled the air. Needless to say it was a pretty cool spot. I had planned to stay there for only 1 night and continue my way north to Theth (still quite aways away). Some of the fellow mates invited me to go out on the town and I decided to check it out. Long story short I ended up staying out till 8am and had a blast. I learned the only way to Theth was to first stop in Shkoder, then from there I could get to Theth the day after. The next bus was 7am so I had no choice but to stay another night. After getting to Shkoder I checked into a hostel and asked where the bus station was. I guess minibus’s are the main form of public transportation here so no real bus stop or website, just word of mouth. Minibus’s were pretty much just a big off road van that they stuffed with people by private vendors. After a 3 hour drive (2 of which was on a off road high clearance road) I arrived in Theth. In Albania the national parks do not have any gov budget so there were no stores or info just guesthouses, where they each offered rooms, a restaurant, wifi, and a bar. I kept getting asked if I was doing the Theth to Valbona hike (a popular 11 mile 1 way hike that was described as easy) the only issue was I had 40lbs of gear to lug around. After debating my options for a bit I decided what the hell, lets do it. I met a guy on the bus that asked to join me, I gladly accepted as I was not stoked to do this hike alone. Oh the views in Theth were spectacular, it reminded me of a underdeveloped Yosemite valley as there were little houses and farms everywhere surrounded by "The Accursed Mountains" (alps mountain range). I have a separate post regarding this hike see "Silver Lining" for the nitty gritty. Once on the other side I arrived at Valbona Valley National Park, very similar to Theth with the Alps surrounding this little town. From Valbona the only way out is by ferry. This ferry ran the length of the Koman lake (a man made lake created to produce hydro electric energy). Did you know that Albania produces 97% of its electricity from its 150 hydroelectric plants with Lake Koman being one of them? The ferry from Valbona to Koman was a gorgeous 3 hour ride with towering cliffs surrounding you. Well I'm off to Dubrovnik, Croatia on my way to Plitvice National Park. Talk to you soon! 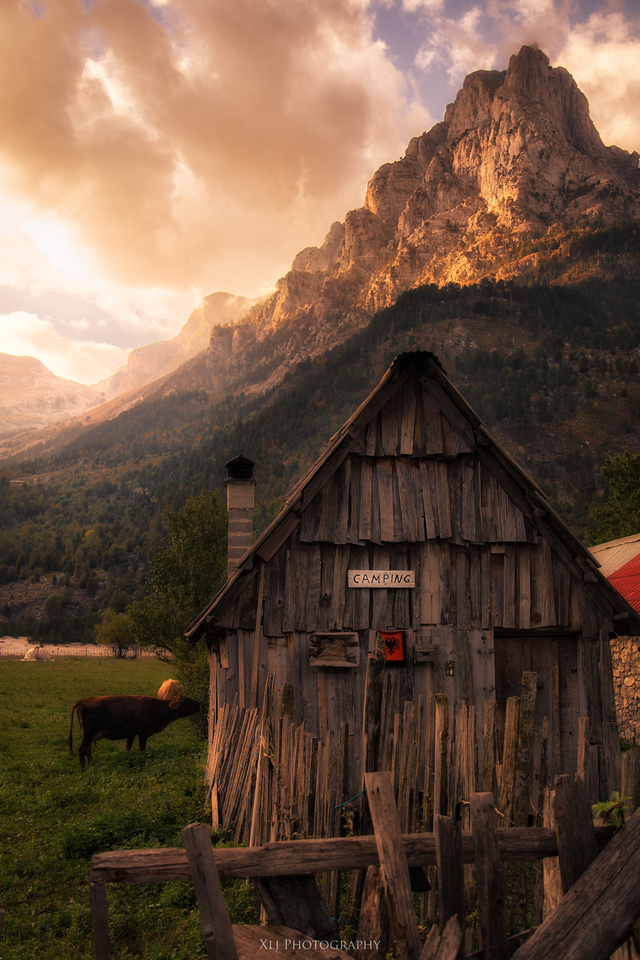 The good- very cheap to live. You could get large beers for $1, food for about $2-$4. Still felt very safe walking by myself at night. Raw natural beauty can be had if you don't mind a little travel.