Well today I leave Greece for Albania and feel I should share a few thoughts I have on Greece.  I was in Greece for about 3 weeks split between, Tolo, Athens, Mykonos, Santorini, and Zante.  I really ended up liking Greece, I felt very safe walking at night and the people I met were very nice. Food was very good, I lived off Gyros most of the time. So the traditional way to serve a Gyro is with some type of Gyro meat (usually chicken or pork), tomatoes, onions, tzatziki sauce, and french fries all rolled up in a fresh pita. Yes french fries, I initially thought it was weird but it made for a very filling and tasty snack that never cost more than 3 Euro. Oh and the pronunciation of a Gyro sounds more like Euro (not guy-row); its ok I used to butcher the word too. Another popular quick bite are souvlaki which are pretty much just meat skewers, around 2 euro. One of my favorite dishes I had was Patitsio which is like a lasagna with meat, penne pasta with white sauce, baked with melted cheese on top, mmmm. Plenty of fresh seafood available on the Islands. One cool thing that seems to be a norm is to get an after dinner free shot or dessert. It seems it happens when you have a group of 3 at least and all are eating (spending $$), although it did happen to me by myself once. Its the little things like that which really make me feel welcome as a visitor. 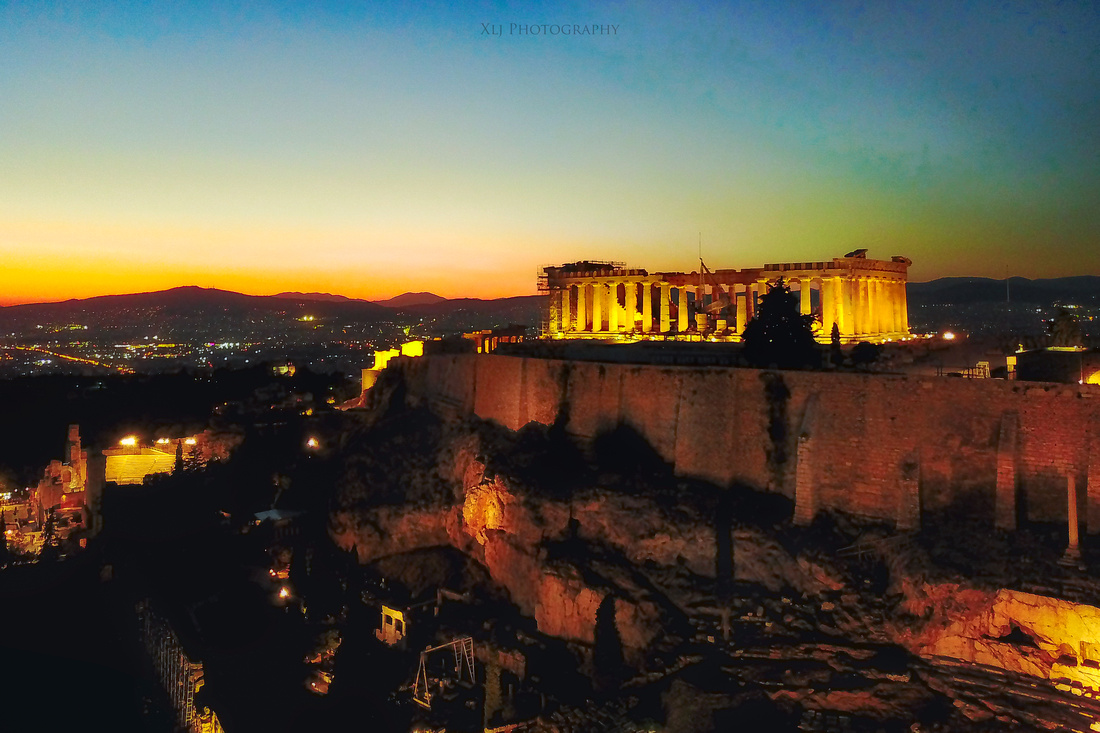 The good- I really loved Athens, I stayed at Athens backpackers as well as City Circus. Both have epic roof top areas that overlook the Acropolis. Athens Backpackers however has a cool bar at their roof that is great to meet new people. I highly recommend either of these places to stay (both were about 20-25 euro a night). Tons of nightlife, restaurants, bars/pubs, and shopping. Easy to get around via metro or bus, most places are walking though. A big hub for any bus/metro to get to any of the islands and usually cheapest flights are from here.

The bad- Hmm...it can get very hot (35 celsius/95 fahrenheit) and the crowds can get crazy at the sites if you travel during mid day. I went to the Acropolis right when it opened (8am) and had only a few people to deal with as I wanted a few pictures of the Acropolis without the crowds. Some of the bus/train stations (and their websites) don't have an English version so booking/checking rates can be very difficult. I recommend going to one of those little travel agency places and they can do everything for you and explain in english where to go. I chose not to do this and had a flight cancelled (without any notification), missed a train transfer, and missed another train bc I didn't give myself the proper time or wasn't 100% sure where to go. But it was a good learning experience and really, I got nothing but time.

Tip- if you go to the Acropolis (which you should), place your hands on the marble steps of the parthenon, there is a belief they can help you with self fulfillment and what not. Needless to say I sat there for a few minutes and soaked it up. 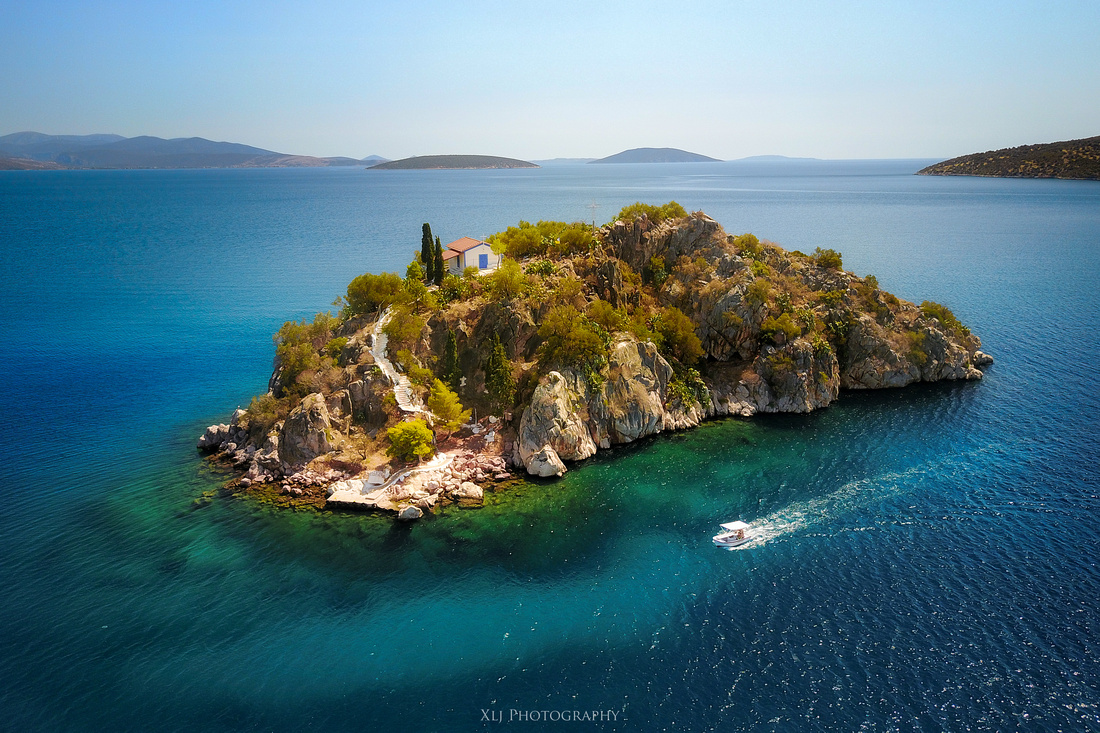 The good- plenty of beach front bars/restaurants. Very local area (not many tourists). Relaxing, slow pace. I should mention I was here with my family as my dad was looking at property to retire out there, I probably would not have chosen this for someone less than 50yo. Nafplion is the nearest city and is pretty cool with shops and restaurants right on the water.

The bad- Little to no nightlife beside restaurants. Older crowd, didn't really see many people my age. A lot of the restaurants didn't open till 18:00 (6pm) and I had a hard time finding a Gyro when I wanted one. 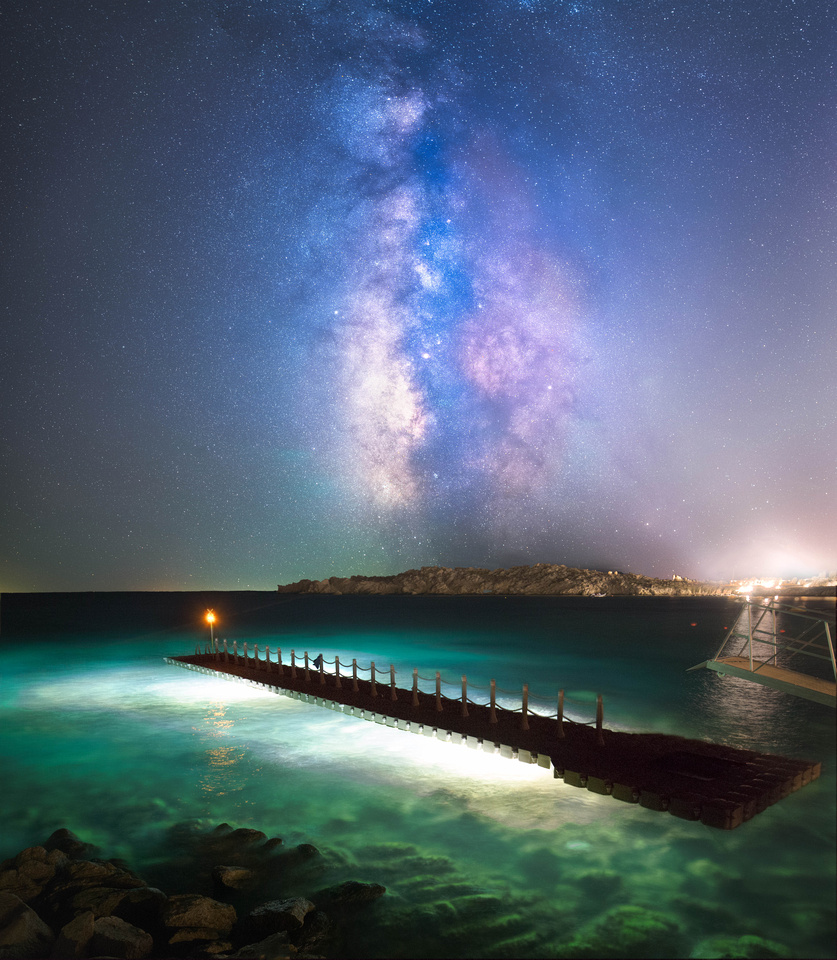 I was recommended by a few people to go here for the nightlife, as this island is known to be the party island. What no one told me though was that the season was just about to end (last week literally) which means the clubs were about to close so no big DJ names were booked and it wasn't that busy.

The good- World class bars/Music venues right on the beach that you can find Artists like Tiesto, Afrojack, Nerve just to name a few. IF you are in season (the season ends in September). Still plenty of bars/clubs to go to and very young scene.

The bad- Well going to a party island when the party's over I think speaks for itself.

"An island for lovers"

The good- Plenty of picture perfect blue and white churches nestle in between shops, restaurants, and hotels right along the cliffside.

The bad- Not much else to do besides the views. Now if you had a significant other with you then I imagine the views and an epic hotel view is all you would need.

"The flower of the east" 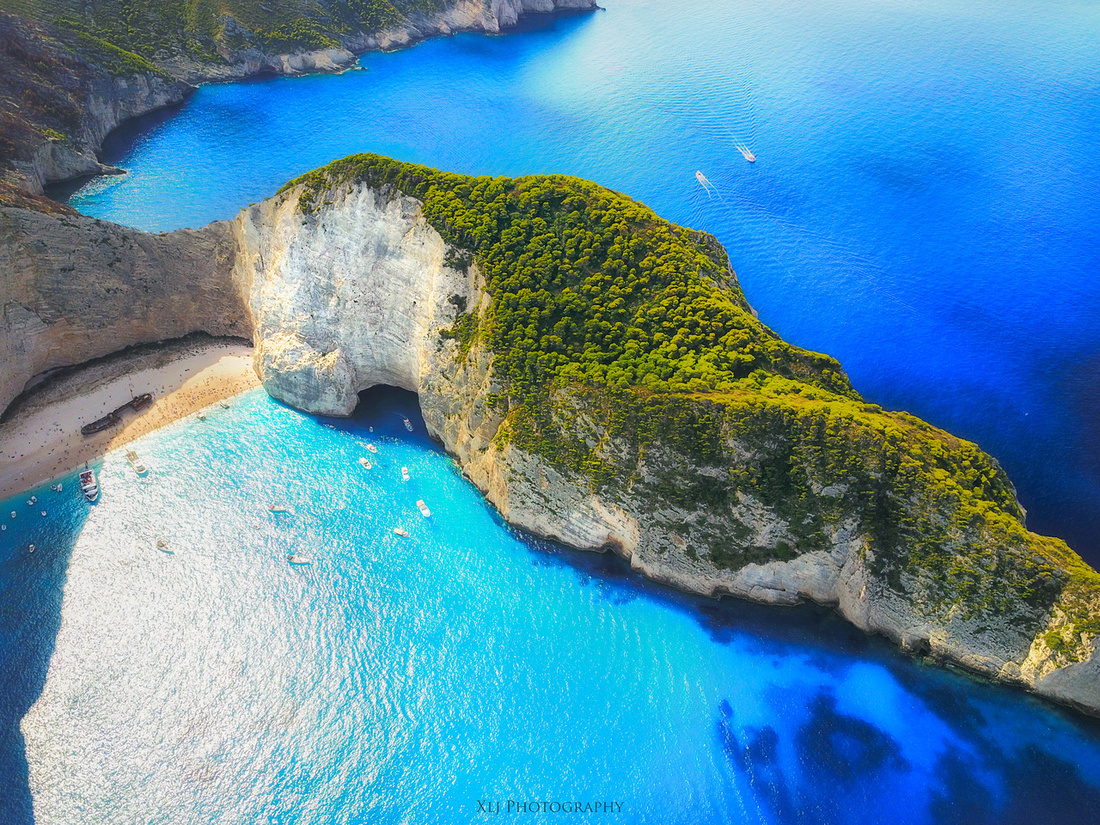 The good- This was by far the best spot I visited in all of Greece. It had nightlife, epic 200ft+ granite cliffs that drop into the most beautiful water i've ever seen, excellent food, very green and lush, and lots of wineries. Some must see places are shipwreck beach (theres a ship literally right on the beach that crashed there once and they left it for visitors)-you can only get to beach by way of boat but the views from the top I think are better; Xigio is a pretty small beach but has very turquoise water due to sulfur content that comes from the caves nearby. It is said to be very good for the skin due to this mineral content but with it comes that rotten egg sulfur smell.  It honestly wasn't that bad as some of the reviews had indicated. There is also Cameo (private island with a entry fee) that has this bridge that goes to it, very picturesque.

The bad- no extensive metro/bus routes.  I ended up renting an ATV to get around (thats what they do there) which turned out to be a blast and I could get anywhere around the island I wanted.

Check out my Greece Photos here!